If you are familiar with Amsterdam Cannabis culture, you have likely heard of and probably even smoked something from Ben Dronkers’ collection. Founder of Sensi Seeds, HempFlax, the Hash Marihuana & Hemp Museum, and the Cannabis Culture Awards, Ben has been active in the cannabis community as a fearless pioneer. Ben began to cultivate his own cannabis at a time when this was very uncommon in Europe, traveling the world to learn more about different landrace strains of the plant.

Ben’s passion for travel emerged in the 1960s, when he traveled the world working on a merchant ship. This is also where Ben was exposed to the many benefits and uses of hemp. Ben saw value in the cannabis plant for both the flowers he smoked as well as the the other products including textiles he saw made from hemp throughout his travels. The hemp artifacts Ben collected on his travels inspired him to open the Hash Info Museum, later to become the Hash Marihuana & Hemp Museum, a major tourist attraction in Amsterdam which has now seen well over 2 million visitors and has a sister museum in Barcelona.

In 1985, Ben created the Sensi Seed Club, which became the Sensi Seed Bank we know today in 1991. 1994 saw the creation of HempFlax, a North Holland company, dedicated to revitalizing Holland’s historic hemp industry. Throughout this time, Ben has continued his travels and research and has been a meaningful presence at demonstrations and expositions worldwide. He was awarded the Lifetime Achievement Award at the Jack Herer Cup in Amsterdam on 17 May, 2019. Congratulations Ben!

The chant was ‘hemp hemp hooray’, so to remember Jack, three times?…To Jack.”

“These guys,” gestures to Uncle Stoner on his right, “We are the rebels. The big thing is we got The Seeds with Jack Herer and Jack was the man. With Ed Rosenthal, I created the real Hash Museum and in this place we would come together. And people come together and that is with Bobby and Jack and so many people who came to the Sensi Seed’s new Hash Museum.

You know hemp. Jack was also Hemp. Don’t forget it. And now we also do HempFlax and we are one of  the top CBD producers in Europe and it does very well.

The chant was ‘hemp hemp hooray’, so to remember Jack, three times? 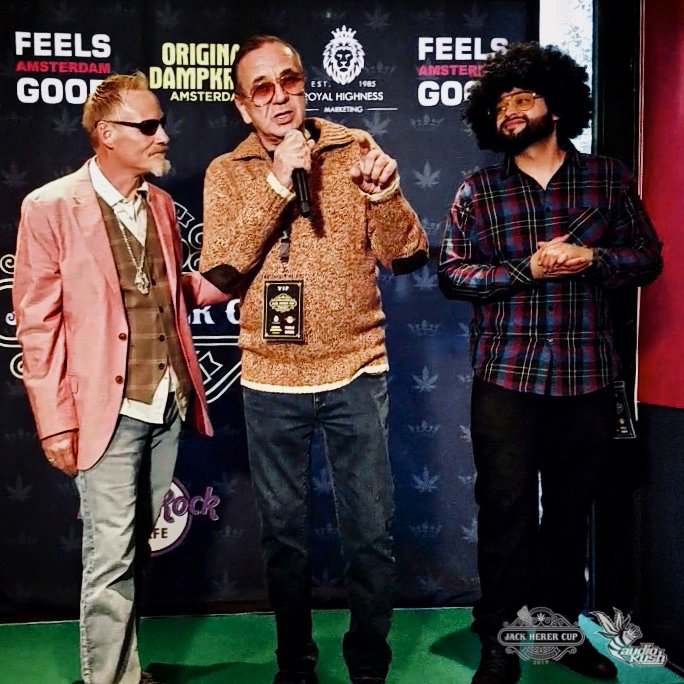 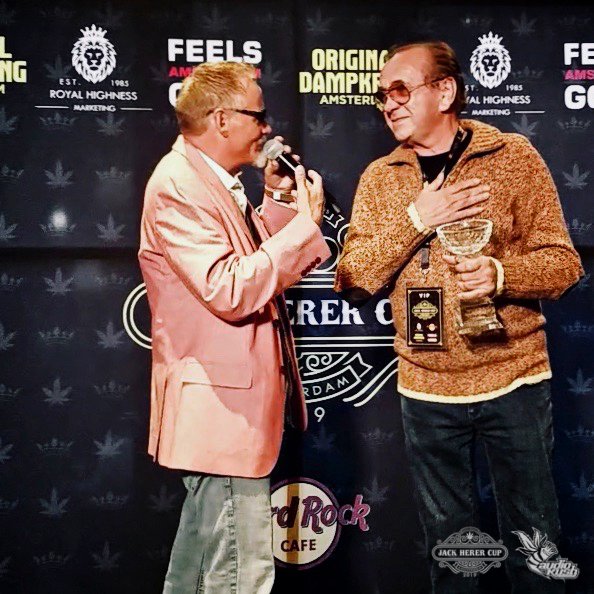 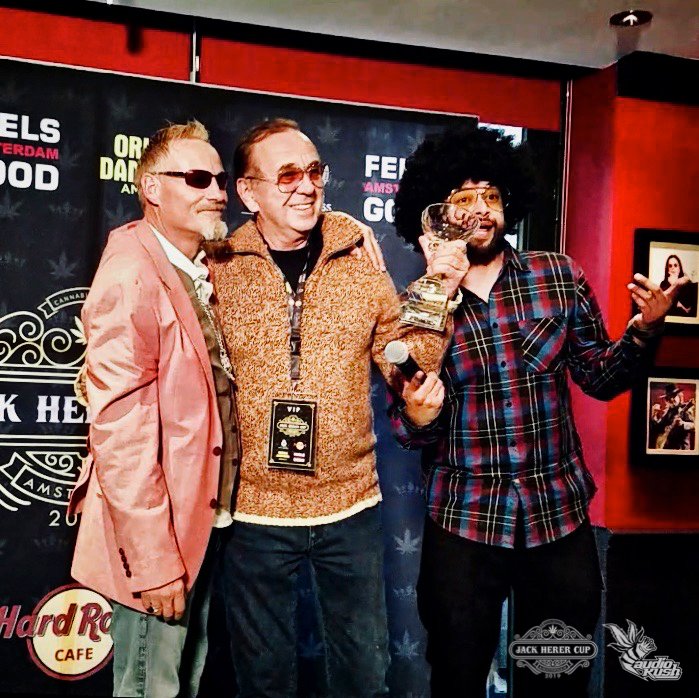