This May, the This is Jane Project celebrates a year of an empowered healing movement, dedicated to connecting womxn recovering from trauma through honest, open dialogue, including discussion of medicinal cannabis use. As we honor the organization’s milestone, it is important to remember the lasting impact trauma can leave and how the suppression of such can greatly impact a survivor’s healing.

The This is Jane project honors each individual’s healing process through candid conversation in a safe space.

My life as a female trauma survivor has largely felt misunderstood and profoundly lonely. Year after year, depression and anxiety plagued my daily life in a seemingly relentless barrage. I tried hard in many ways to heal myself and reclaim my life. Many of the options offered up by the medical system did far more harm than good. When I found the cannabis plant, I began to explore its medicinal nature and found that it had the potential to be far more than a recreational escape for my overloaded brain. Cannabis in fact proved to be a priceless resource in my healing journey. It enabled me to find a quiet place in my mind, unconsumed by fear, from which I slowly began to draw life.

Cannabis saved my life, but at that time it lost me many of the interpersonal connections an isolated survivor in recovery needs in order to maintain a sense of wellbeing and worth. Many friends parted ways from me, convinced that I had become wayward, a party girl and substance user, perhaps maybe even a bit unhinged, due solely to my medicinal use of cannabis. They did not realize that the cannabis, when used medicinally, in appropriate ways, was actually saving me from just such a fate.

As a woman who believes strongly in the healing power of cannabis, I have always believed that it could play a major role in the community of women helping and empowering women. Working with this special plant has strengthened not only my deep sense of identity, but also my deep conviction to bring meaning to the world, to help empower others, maybe to even diverge someone from some of the unnecessarily dark paths which now seem so familiar to me.

A social worker and counselor trained to provide immediate relief to survivors of violence, the majority of whom identified as female, I often felt that a great deal of needed dialogue and connection was absent from the interaction that took place in the wake of trauma. Needed dialogue was swept under the rug and it haunted me to see that the system valued redundant paperwork far more than an individual’s need and right to take up space in order to share and heal from trauma.

Communities like those the This is Jane Project strives to create are an invaluable resource to women working to overcome traumatic events in order to live their lives as the best version of themselves. When I found out such an organization existed, I honestly breathed a deep sigh of relief. I had always known it wasn’t just “crazy” me who felt the need for such a healing place and the value of community.

I am thankful that This is Jane co-founders, Shannon DeGrooms and Bri Smith saw the need that may of us who identify as survivors longed for and took action to create a safe haven for the discussion of trauma and healing, including healing with the cannabis plant. As this movement continues to grow and expand its presence both nationwide and virtually, it is my hope that this community of women will continue to grow, saving lives as it does so. 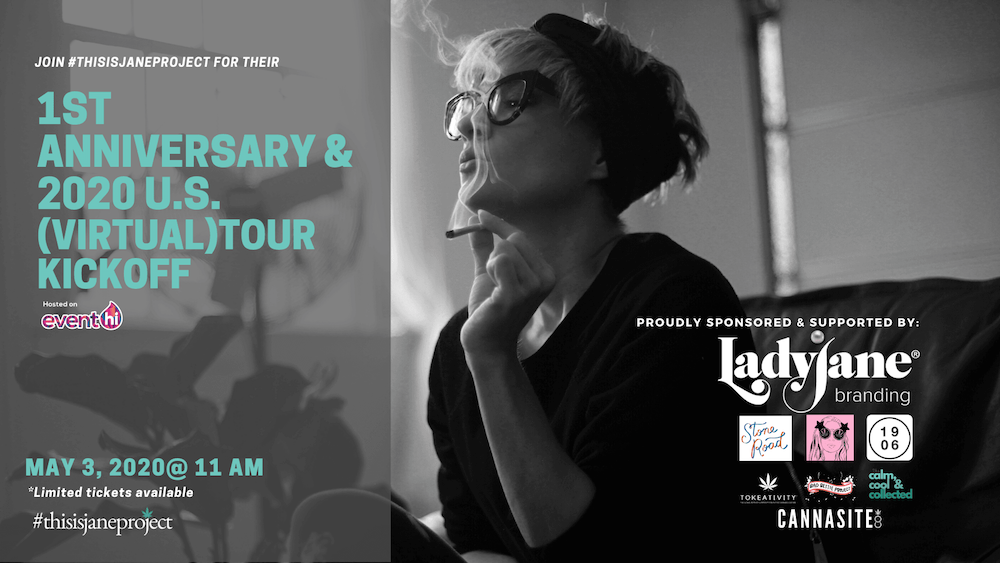 The This is Jane Project’s First Anniversary will be commemorated with a virtual event on May 3, 2020 offering a safe space for community members to engage in dialogue and listen to talks from medical professionals and meaningful spoken word performances from across the community of survivors. 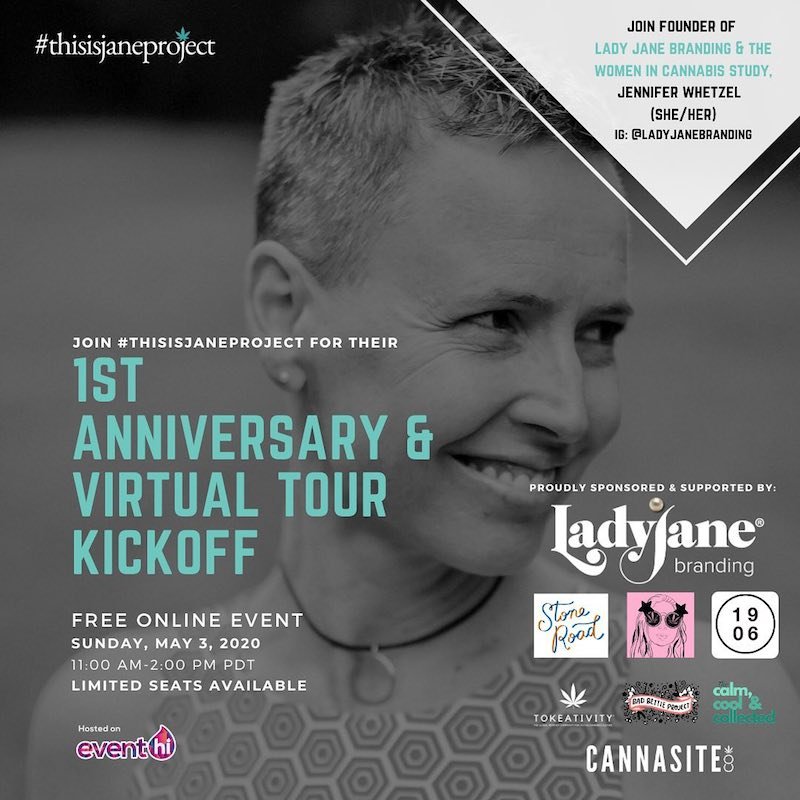 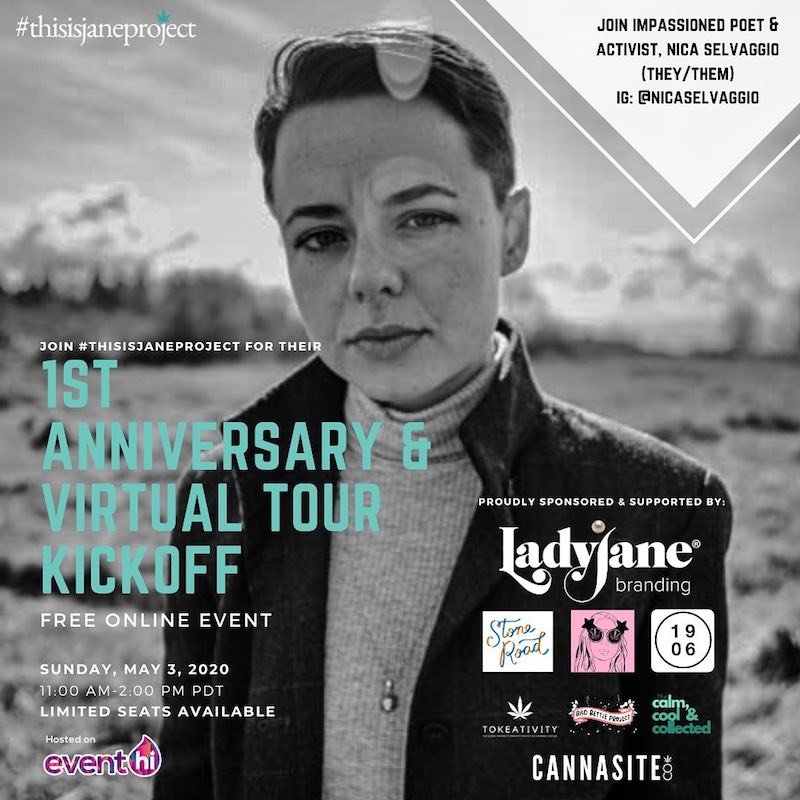 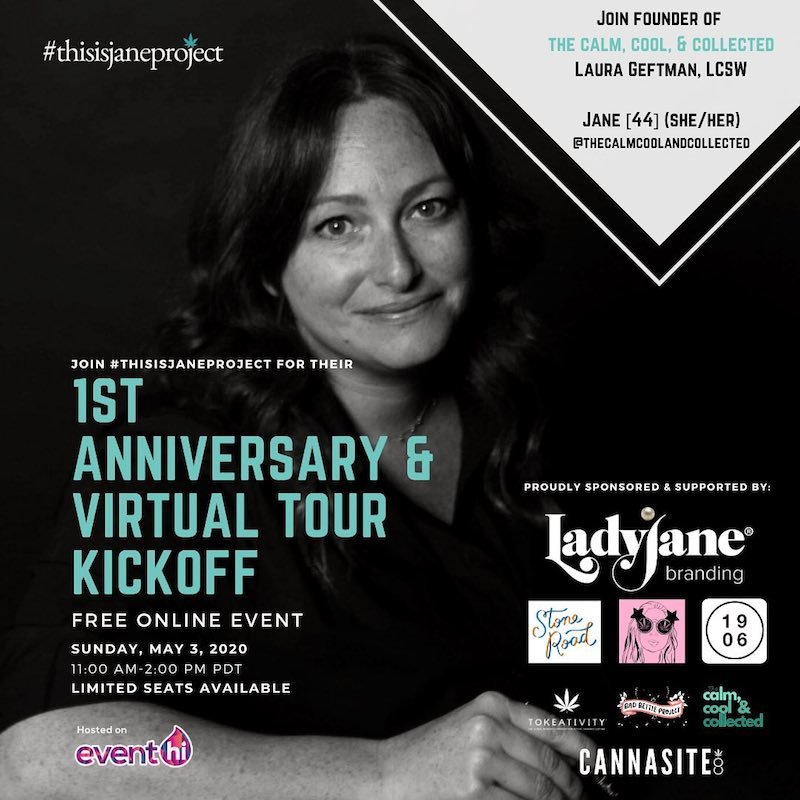 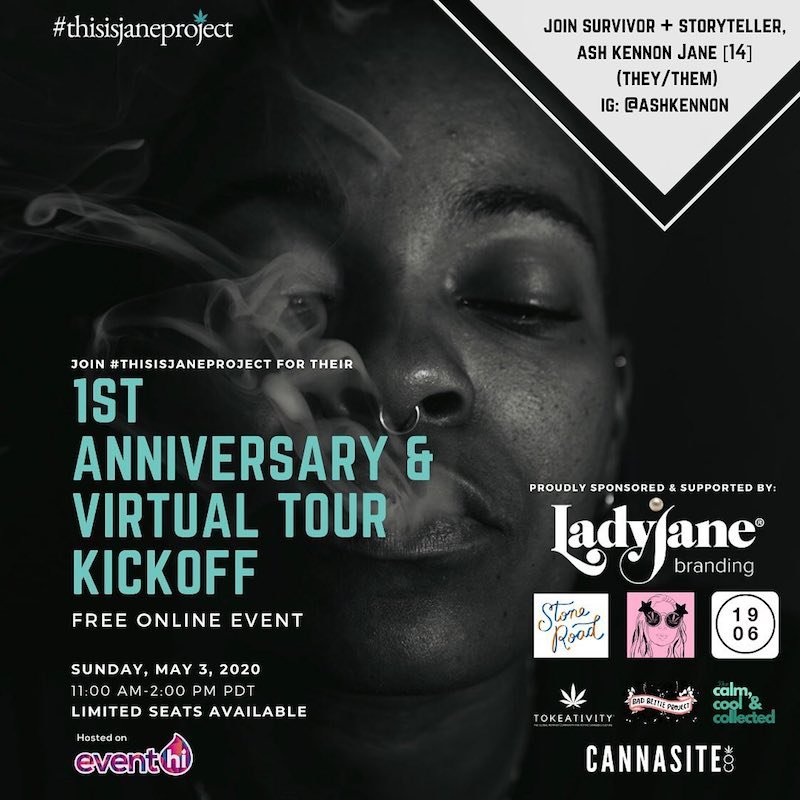 This event is free to attend, but a donation of $20 or more is highly encouraged. The more this organization is able to expand nationally, the more individuals it can reach.