Housing Works is a dispensary with a mission to “advance our work supporting people experiencing homelessness, people with HIV/AIDS, and people who have been harmed by the criminal legal system”. The nonprofit’s dispensary is able to open its doors after a nearly two year long battle to obtain a license from New York State. Housing Works is the first adult-use cannabis dispensary to obtain licensure and open its doors in New York State. Other cannabis dispensaries currently operate legally in New York state on sovereign indigenous territory. 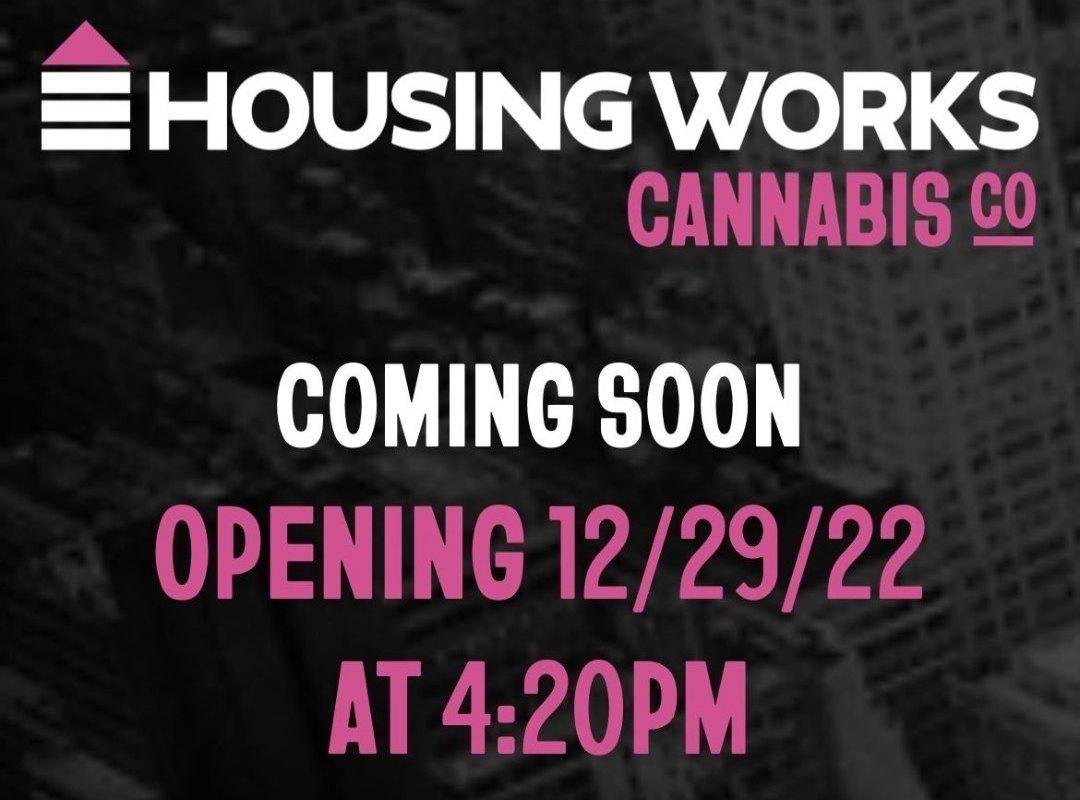 A statement by New York City Mayor, Eric Adams captures the significance of this moment. “Today marks a major milestone in our efforts to create the most equitable cannabis industry in the nation. The opening of the first legal dispensary in our state right here in New York City is more than just a promising step for this budding industry – it represents a new chapter for those most harmed by the failed policies of the past. The legal cannabis market has the potential to be a major boon to New York’s economic recovery – creating new jobs, building wealth in historically underserved communities, and increasing state and local tax revenue. At the same time, we will continue our efforts to educate unlicensed operators about the law and hold bad actors accountable. We are proud to celebrate this significant moment with Housing Works, lawmakers, and the advocates who made this day possible.”

The December 29th launch event is hosted by the Audubon Haze Society, Cannaclusive, Cannabis Media Council, Elana Frankel, Gossamer, House of Puff, On the Revel, and The New York Growers Cup amongst others. The event will feature joint rolling by Krys Wolf and a dab and concentrate demonstration presented by HiFive Edible Wonders and Master-Minded Distribution, as well as music by DJ StephCakes, snacks from HiFive Edible Wonders, and beverages by Aplós.

Thank you @GovKathyHochul for your commitment to the Seeding Opportunity Initiative & all you've done to bring this industry to life.

All purchases from Housing Works Cannabis Co. “support housing, healthcare, and justice for all!”

Housing Works initiatives include the operation of 12 supportive housing sites and homeless shelters as well as nearly 300 apartments for those struggling to maintain housing, scattered across New York City’s five boroughs, as well as education in regards to HIV / AIDS resources, healthcare, and vocational training for thousands across NYC.

Housing Works is one of eight nonprofit organizations to be granted a Conditional Adult-Use Retail Dispensary license from New York State. These permits were granted in November of this year, nearly 20 months after New York’s March 31, 2021 signing of the The Marihuana Regulation & Taxation Act (MRTA) into law, legalizing the adult use of cannabis. Additional dispensaries are expected to open in the state in early 2023. 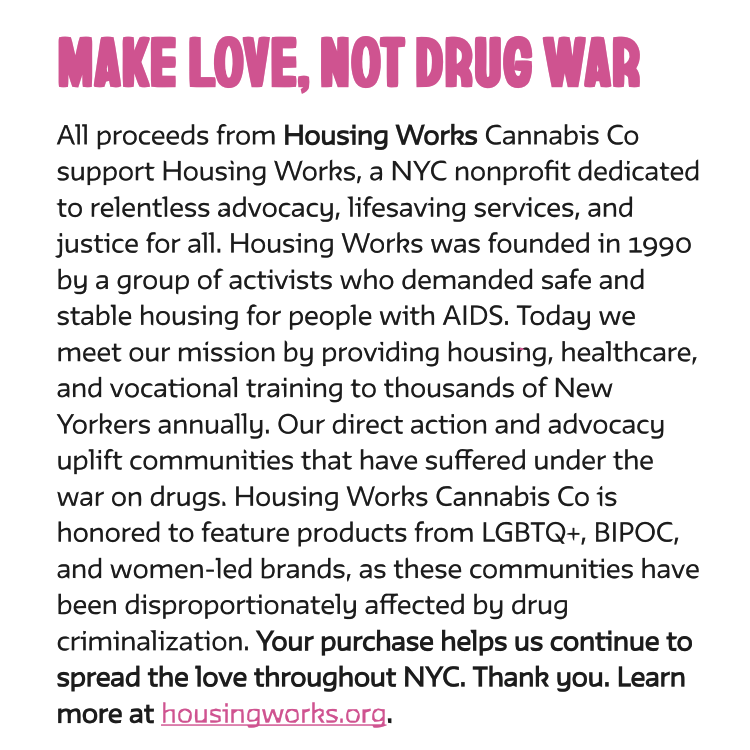 TAKE A PEEK INSIDE OF THE DECEMBER 29 GRAND OPENING